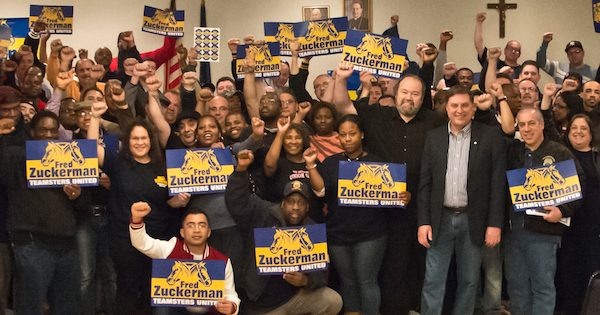 Teamsters like you made it happen—and that’s why I’m writing to ask for your help.

The Teamsters United coalition is staying together—and moving ahead together.

We built a national network to turn out votes. We’re going to use that same structure to fight for good contracts, defeat concessions, defend our benefits, and take on corruption.

The vote count was the closest in Teamster history. We have filed an election protest and we’ll pursue every legal remedy we have.

In 2016, we started a revolution, and we are not done yet.  We are continuing the fight against Hoffa-Hall corruption and sellouts—but I need your help.

You’ve generously donated before. Can I count on you to contribute again to continue the Teamsters United revolution?